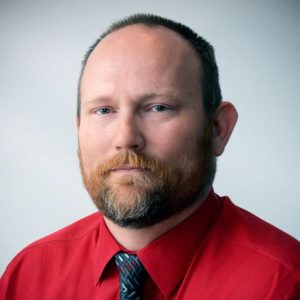 The founders of Creative Drill Sergeants, Mitch Caviness and Gina Ruggiero are both are 100% disabled Veterans with PTSD, as well as multitudes of service-connected physical injuries and limitations. “We use Expressive Arts to rise above circumstantial adversities to find joy in producing something beautiful as artists. Expression through the arts reignites a passion to embrace the moment, the here and now, as it is all we truly get in life. We live each moment to the fullest through arts expression and want to pass along the blessing of expression through the arts to our veteran families.” 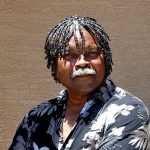 As a legally blind 100% disabled Army Veteran my disability doesn’t hinder my creative talent. My artwork is a spiritual expression released in wood, wire, stone and mixed medium sculptures. God blessed me with talent and I want to share that blessing with others. Graduate of ASU with Masters in Art Ed and Bachelors in Fine Art. Graduate of NJCSU with a Bachelors in Studio Arts and Ottawa UniversitY. AZ State Certified Teacher in Art History.

He is a former 101st Airborne Ranger. While in the military, he sustained several injuries that have left him 100% disabled and legally blind. Mitch holds a bachelor’s degree in fine art and art history from the University of New Jersey and a second Bachelor’s degree in Studio Art from Arizona State University. He went on to obtain a Masters in Art Education and Teacher’s Certification from Ottawa University. Mitch brings his tenacity to any engagement. He works as a teacher and sculptor. 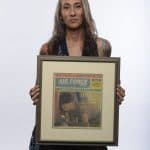 Artist/Vocalist and Musician. 100% disabled veteran with TBI, PTSD and MST. My personal mission is to help other veterans Live in Solutions and Not Die in Problems to overcome disability adversities through expressive arts to remain active, productive and hopeful in life. Associate Degree focusing on Art and Art History, but am mostly a self-taught artist and CPD accredited in Introductory Expressive Arts Therapy. Shared Hope International Ambassador. Speaker for Eve’s Place Domestic Violence Shelter.

She is an Expressive Arts Instructor who is a 100% disabled veteran with TBI, PTSD, and MST. “My personal mission is to help other veterans Live in Solutions and Not Die in Problems to overcome disability adversities through expressive arts to remain active, productive and hopeful in life.” She graduated North Idaho College with an Associates of Science and an emphasis in Art and Art History. She is a mixed media and graphic artist, a vocalist, and musician with a CPD accreditation in Introductory Expressive Arts Therapy. She serves as a Shared Hope International Ambassador and an American Foundation for Suicide Prevention Ambassador. She was a Community Forestry Commissioner for the City of Hayden, Idaho for over 10 years and her community service was award-winning. 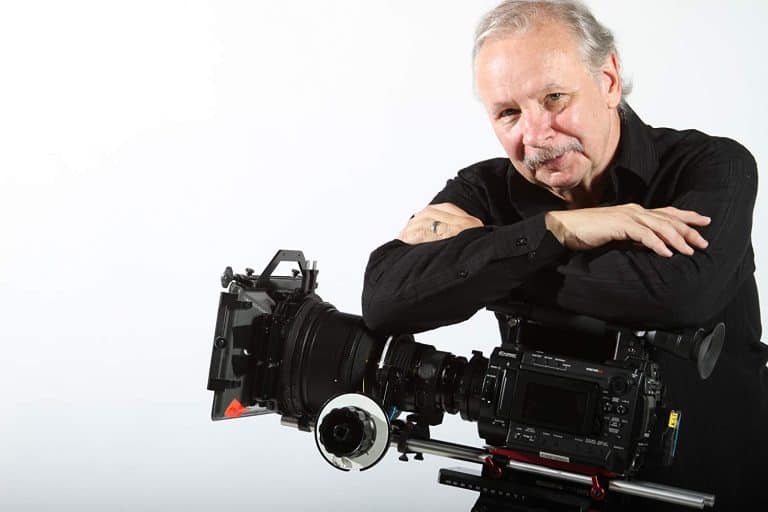 Steve Wargo owns and runs Arizona based SWAT HD Productions. He works as a Producer, Director and Director of Photography. SWAT is an acronym for Steve Wargo and Team

He is producing a feature film titled Poison Sky with cast members Kevin Sorbo, Glenn Plummer, Trisha Mann-Grant, Arlene Newman-Van Asperen, Tyler Galant and Greg Joseph. Poison Sky is a docudrama that is being shot in three states over a three year timetable. Locations have included Merced, California with a C-130 military cargo plane and a 92′ Luxury Yacht in San Diego Harbor.

Future projects include the hilarious comedy “Trailer Trash”, a crime thriller, “DFA”, and a docudrama titled “Seasons of Night”.

Steve Wargo was hired to shoot “Psycho Manor” for Matt Deitch in November 2002 and he shot the action packed, stunt laced western, “The Last Gunfighter” for director Russell Clay in 2003.

In 2004, as Director Tony Topaz neared release of Blood Money, he decided to do a re-shoot of 2 scenes of the film. He opted that he would shoot HD instead of 35mm film and chose Wargo to complete the task. After seeing the quality of the new scenes,he contracted with Wargo to re-shoot over 50% of the movie in HD.

In 2005, he was hired as Director of Photography and Cinematographer for The Hoax, starring Lyn Pyrce, Kathleen Benner and Gene Gansel which is now available on NetFlix. Also in 2005, he was hired in the same capacity on The Controller which went on the STARZ on-demand and then into distribution.

SWAT HD was contracted to produce Romans Road for director Helen Gibson in 2012. Romans Road was chosen best film at the Cancun International Film Festival and is currently released on Amazon Prime and iTunes. 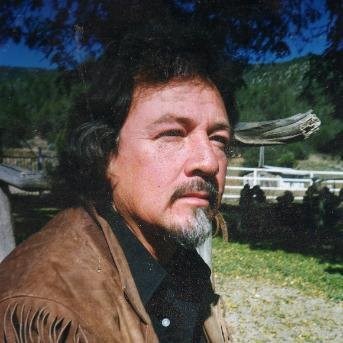 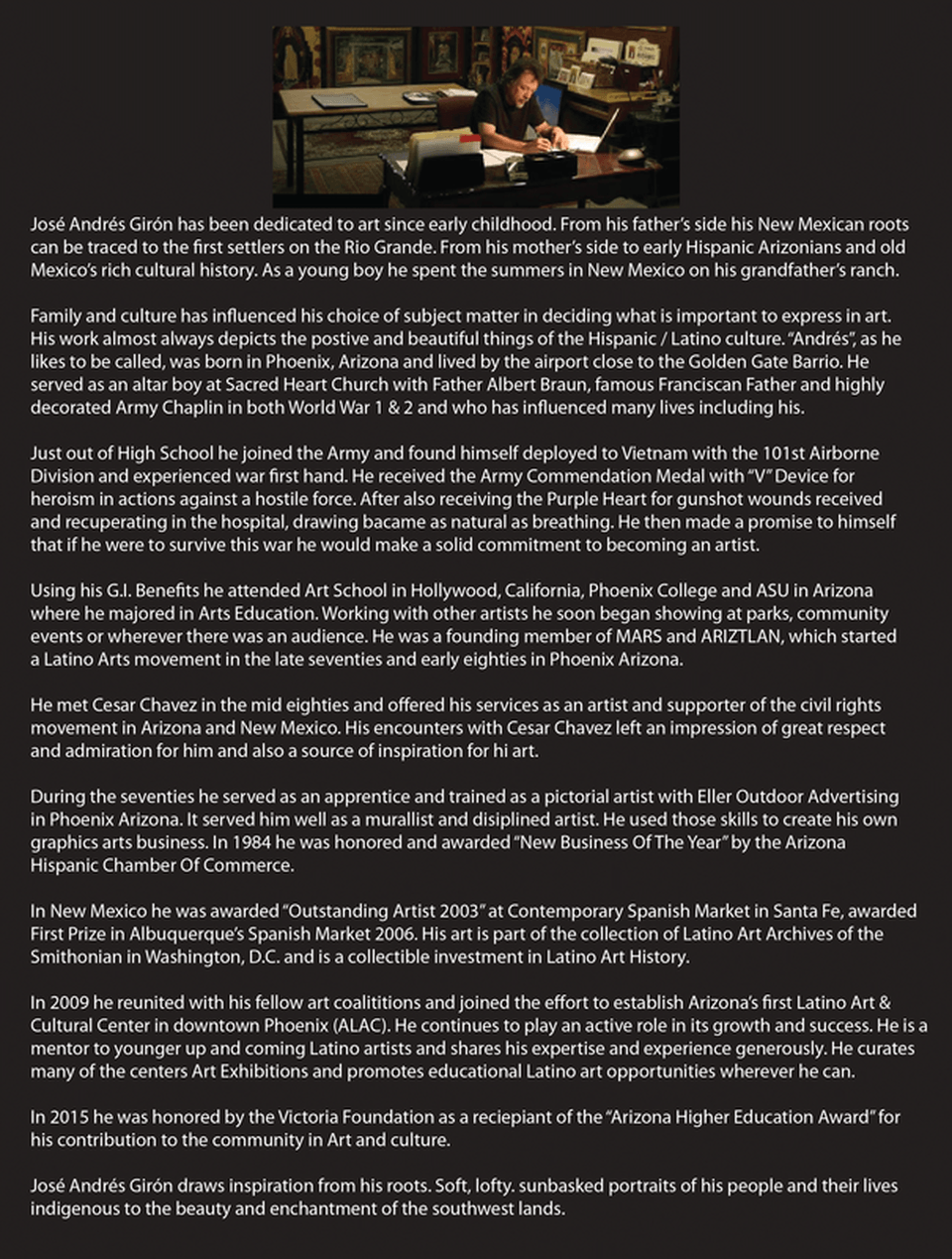 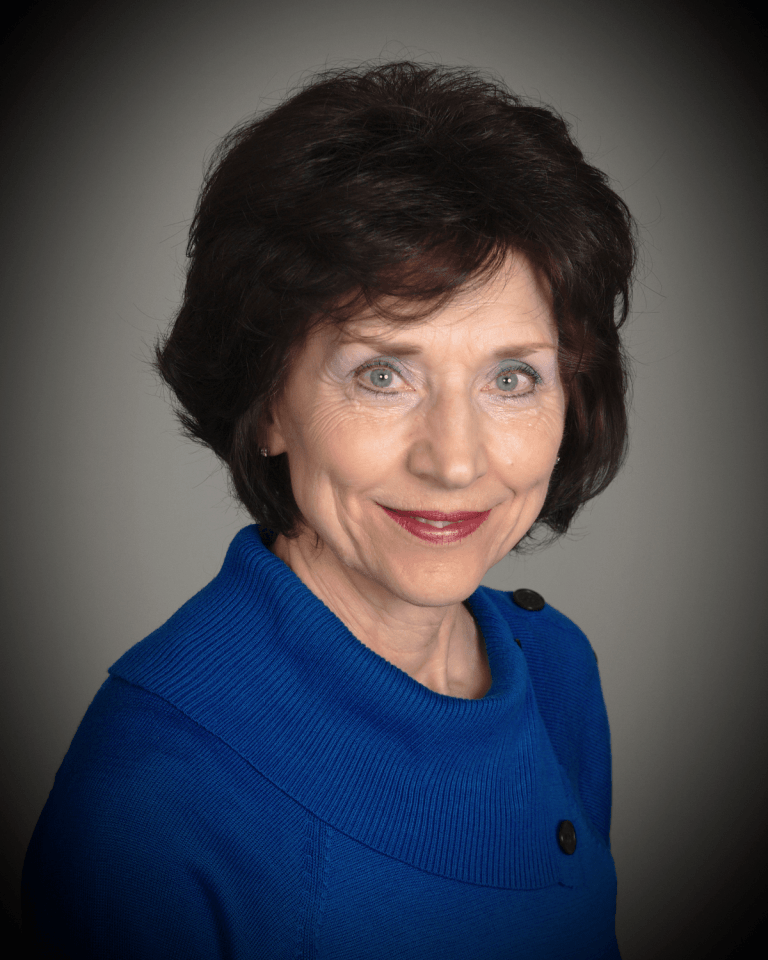 Ms. Janusz has been involved in the Health and Wellness industry for over 25 years in Phoenix, AZ and has been instrumental in improving the quality of life and health for hundreds of clients through proper nutrition, exercise, behavior modification, aromatherapy, and mind-body-spirit modalities. She has extensive experience in the fitness industry both as a Nutritionist, Personal Trainer, and Supervisor at the Boulders Resort and Spa for 15 years, in management at Hi-Health for 12 years, and in management, sales and training at International Health Spa for 8 years. Her holistic approach to health includes traditional protocols e.g. body composition testing, blood pressure checks, as well as the advanced proprietary Zyto technology which creates a 14-18 page report showing various digital signatures that represent a body’s preferences for supplements, essential oils, and body systems that are out of balance. It also indicates specific therapies that can help bring a person back into balance physically, mentally, and emotionally. Ms. Janusz lectures and conducts workshops on topics related to health and nutrition and is available for private counseling and coaching as well as group sessions. Helping individuals regain their health physically, mentally, and emotionally is Karen’s primary goal. Her passion is to help her clients achieve and maintain optimal health.

Ms. Janusz’s hobbies are playing the piano and organ, hiking, working out, and reading. Her favorite times are spent with her family, her children, and grandchildren. 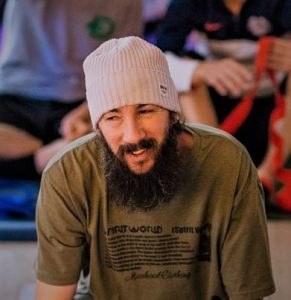 Before Hemp Botanical by Jefro’s Kush Cream, Jarrett K. St. Amand (CPL USMC) is the person behind the persona. His story is real. His struggle is common, as with many disabled combat action veterans. His solution is amazing. Having participated in Operation Restore Hope in Mogadishu, Somalia (1992), Jarrett returned home from his tour to face a new battle called PTSD (Post Traumatic Stress Disorder). While at a restaurant with his good friend, he suffered a seizure attack. Sometime later doctors discovered a tumor under his right eye. Jarrett found a hemp botanical cream that relieved the discomfort under his eye and the from his PTSD symptoms. The anti-tumor effects of the hemp botanical cream can help reduce discomfort and nausea and may act as an anti-inflammatory and anti-seizure. In addition, Jarrett learned that hemp botanical cream may help increase cancer cell death and decreases tumor growth.   Disappointed by the quality and purity of the topical hemp botanical brands he was using, Jarrett decided to create his own recipe. Jarrett intensified his search to find the highest-grade hemp botanical available in the United States. He made connections throughout the cannabis industry and managed to secure the highest quality USDA Certified Organic farmed Hemp in Colorado. That’s when JEFRO’S KUSH CREAM was born. We are proud to state that we use a USDA Certified Organic farmed Hemp for Jefro’s Kush Cream and we use a combination of essential oils made from the best possible ingredients offering quality, purity, and efficacy. 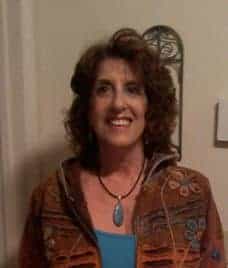 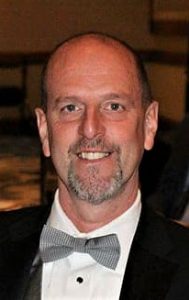 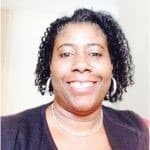 She served in the US Army for ten years. After exiting from military service, she became a science educator working at different levels of the k-12 school system. She is currently pursuing her Ph.D. in Psychology with an emphasis in Cognition and Instruction. Her areas of research interest are women veterans’ issues and education.

Life’s Motto: Do the right thing. Do the best you can. Respect the people around you.

She is a graduate of Southwest College of Naturopathic Medicine in Tempe, AZ. “Naturopathic Medicine is a unique profession that encompasses treating the patient as an individual while looking toward the entire body for understanding patient health, not just treating the signs and symptoms that a disease may display. While treating the actual cause of illness and patient concern, the entire organism is regarded, this, in turn, minimizes the occurrence of symptoms and healing of the body can take place. Naturopathic physicians emphasize prevention and natural approaches using combined integrative therapies that encompass traditional allopathic medical science models and physiologic understandings while implementing the naturopathic modalities, which include: acupuncture, traditional Chinese medicine, physical medicine, nutrition, hydrotherapy, homeopathy, botanical medicine, mind-body therapy and minor surgery. We use the science behind natural therapeutics with regard to clinical based research design. We are experts in understanding the philosophy of integrative medicine as well as cultivate the practice of diagnosing to not only treat but prevent illness.” 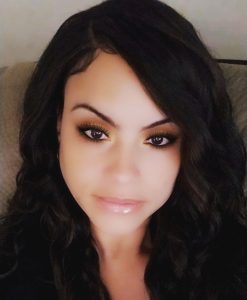 She researches different avenues for Veterans so that pertinent information can be gathered to help make a change in their mental health treatment experience. Nijera will also be able to cross reference the research found should any legal issues come to the surface regarding any connections with psychological illness and can review claims while providing essential feedback.

The passion and dedication Nijera has for helping Veterans and their families stem from the fact that not only is she a mother of three, but that she is married to a disabled Veteran as well. She also comes from a military family and is also a certified health caregiver sponsored by the Veterans Affairs Caregivers Program.

Nijera has graduated from Glendale Community College with an A.A degree in Administration of Justice Studies and has successfully obtained a B.S in Administration of Justice Studies with an Emphasis in Human Services degree. Currently, Nijera is a student at GCU in the Master of Clinical Mental Health program with an Emphasis in Trauma. 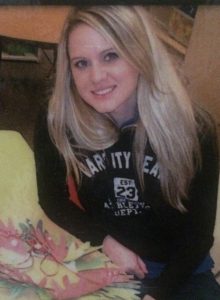 Headmaster of the Children’s Program

She is an Arizona state certified elementary school teacher with a bachelor’s degree from Northern Arizona University. With 7 years of experience in preschool and elementary school settings, Jennifer has developed challenging curriculum and engaged students of all ages. Jennifer has a passion for expressive arts and a desire to contribute to our community through Creative Drill Sergeants. 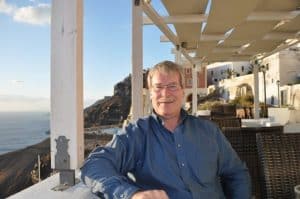 He became a Freelance photographer in the late 80’s when he started Image Art. Bert has worked as a wedding photographer and travel photographer with travels to Scotland, England, France, Germany, Austria, as well as the Greek Islands and many locations in the US. He has worked with all sizes of cameras from 35mm to a 4” x 5” large format studio camera and with all kinds of flash and “hot lights.” His most recent self-assignment was to photograph the “Great American Eclipse” in Idaho to capture Solar Corona images. 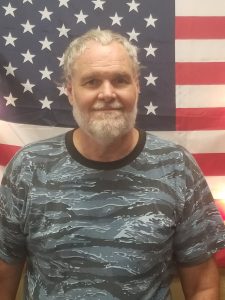 He began martial arts training in 1963 at the age of 9, fencing with his mother, Evelyn Elliot Nelson (fencing champion in the state of Virginia). Since then, he has trained and studied: Shaolin Do, Karate, Boxing, Fencing, Wrestling, Tae Kwan Do, Aikido and even received a Paladin Knighthood in 1989; until he met his ultimate sensei whom he addressed as OSensei (Great Sensei); Ron Fugiel, a 9th degree Black belt and Grand Master of Fuji-Kai, School of the Tiger, as well as general manager and founder of Tao-Omm Qi-Gong. He became one of his most devoted disciples and a master of both disciplines. “I owe all of this to Ron Fugiel and I feel delighted and deeply privileged to honor Ron Fugiel’s memory by passing on, and sharing, these precious arts with you; while I attempt to continue his lifelong legacy with gratitude.”

Welcome, all! Aloha and Namaste! 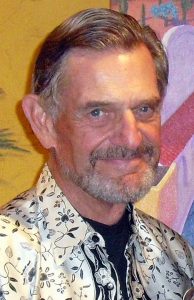 Jack is a full-fledged member of Creative Drill Sergeants. and “Professor of Expressive Arts” including all Media of Fine Art and Sculpture. He is also master of “Electro-Magnetic-Pulse Therapy” and provides Holistic Healing by EMP. Jack cares for all Veterans, particularly those suffering with PTSD (of Which Jack is one)

Jack’s goal is to bring them “Out of the Dark” with “Art Therapy “, to help heal their Physical Problems with “Electro-Magnetic-Pulse” Therapy both Mentally and Physically “Hertz Heal”.

It’s all about “Good Vibrations”!

Come And Join Us!